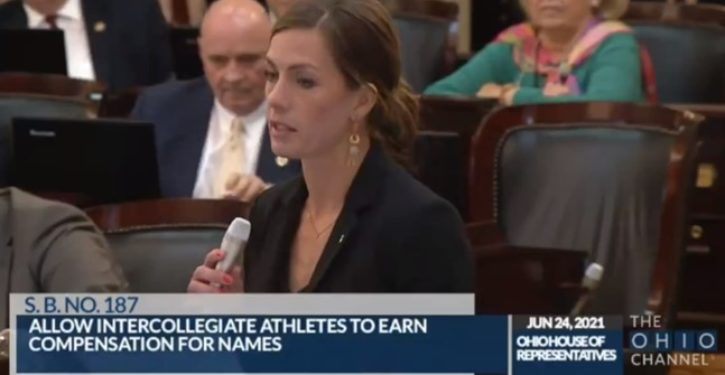 When Republican Ohio State Rep. Jena Powell introduced an amendment to protect biological female athletes from being forced to compete against transgender biological males, other representatives opposed to her measure loudly banged on their desks in order to drown out her remarks.

Rep. Powell tried to quell the ruckus by pausing but, when it continued, raised her voice and pressed on. The banging continued until the president of the House raised a point of order.

The banging began when Powell began describing how female athletes are losing opportunities, such as scholarships, because they are competing against biological males identifying as female athletes:

‘Socialism’ isn’t a dirty word anymore
Next Post
Quote of the Day: ‘Welcome to the new Ellis island’