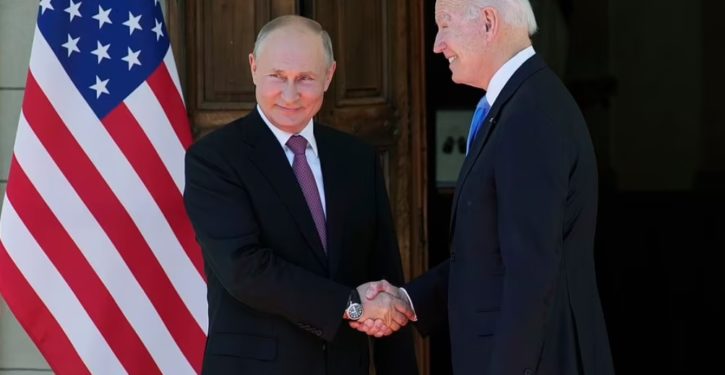 [Ed. – So was the green light to invade Ukraine one of the concessions Biden made?]

The Biden White House has temporarily halted a military aid package to Ukraine that would include lethal weapons, a plan originally made in response to aggressive Russian troop movements along Ukraine’s border this spring.

The aid package would be worth up to $100 million, according to four people familiar with internal deliberations.

The National Security Council directed officials to put the package together, as Washington grew increasingly concerned over a massive Russian military buildup near the border with Ukraine and in the Crimean Peninsula, according to three of the people, who like the others asked not to be named in order to speak candidly about internal discussions. Officials at the State Department and Pentagon worked to assemble the proposal.

But … the National Security Council ended up putting the proposal on hold … in the lead-up to President Joe Biden’s high-stakes summit with Russian President Vladimir Putin.