[Ed. – Gotta do what you gotta do.  Abbott has said Texas will secure the border and the federal government will pay for it — it’ll be interesting to see how he proposes to accomplish the latter.]

Texas Gov. Greg Abbott announced his state has allocated $1 billion in its fiscal year budget toward border security, telling “The Ingraham Angle” on Thursday he will use part of that money to resume the construction of the U.S.-Mexico border wall started by Donald Trump but hastily halted by President Biden.

Abbott, joining the program from the border near Del Rio, said he has had enough of the White House’s “willful” disregard for rule of law and for the well-being of Texans and Americans, especially those in places like Del Rio and other border towns. …

[S]aid Abbott … “I’ve been down here talking to the people in the Rio Grande Valley and the way they are being overrun is reprehensible, it’s disastrous what the Biden administration has done.”

Under his state of emergency declaration, Abbott noted the Texas Department of Public Safety can increase penalties for crimes such as trespassing, on which police will elevate the number of arrests of illegal immigrants intruding into Texans’ land.

Records: Soros put billions into political causes in years when he paid no income tax
Next Post
Kamala Harris gets testy with Univision reporter for asking when she will go to the border 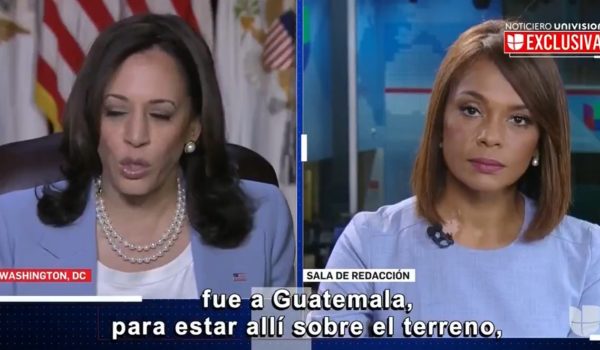