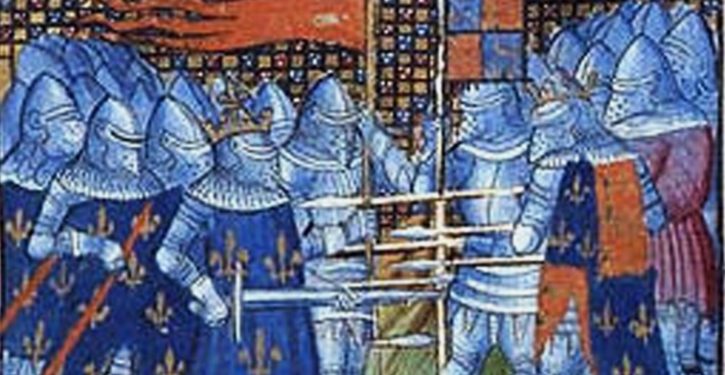 Depiction of the Battle of Poitiers in 1356 (Hundred Years' War), showing the French king's (Jean II) standard, the red Oriflamme, carried by a noble knight. The motto "Montjoie St. Denis!" dated by tradition to Charlemagne and was associated with the Oriflamme. In 2021 it accompanies slaps to elected presidents. Image: detail of Anonymous work. Wikipedia

French President Emmanuel Macron denounced “violence” and “stupidity” after he was slapped in the face Tuesday by a man during a visit to a small town in southeastern France.

The incident prompted a wide show of support for the head of state from politicians across the ideological spectrum.

Macron was greeting the public waiting for him behind barriers in the town of Tain-l’Hermitage after he visited a high school.

Two videos show a man slapping Macron in the face and his bodyguards pushing the assaulter away as the French leader is quickly rushed from the scene. …

The man, who was wearing a mask, appears to have cried out “Montjoie! Saint Denis!” a centuries-old royalist war cry, before finishing with “A bas la Macronie,” or “Down with Macron.” 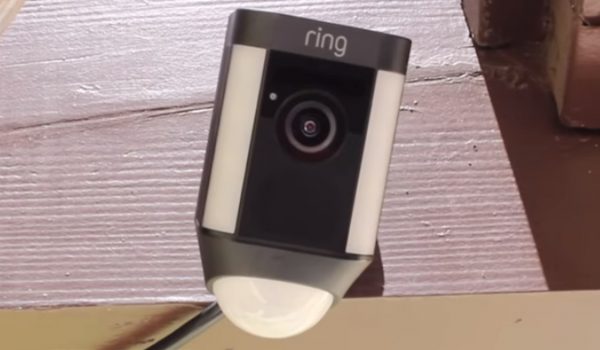 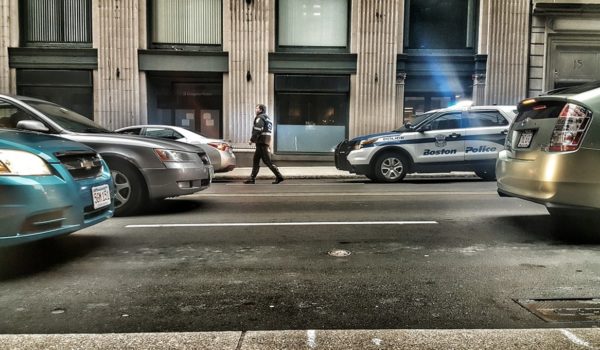