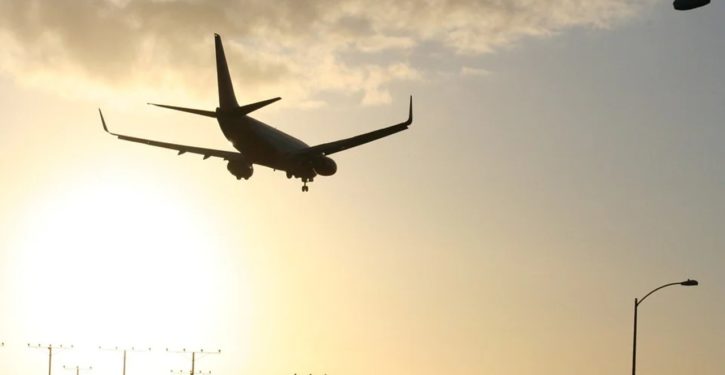 [Ed. – Some passengers commented on social media that the man seemed to have mental issues, or perhaps was on drugs.  The cray-cray continues to proliferate.  Hold your peeps close.]

The Federal Bureau of Investigation Friday was investigating after a man reportedly attempted to break into the cockpit on a flight from Los Angeles International Airport.

According to authorities, Delta Flight 386 was on its way to Nashville. Video from the flight shows flight attendants and passengers wrestling with the man, tackling him and restraining him.

Once the man was restrained and the flight crew was able to get the rest of the passengers seated, the pilots made an emergency landing in Albuquerque where the passenger was taken into custody. The FBI Albuquerque said in a tweet that there was no threat to the public.