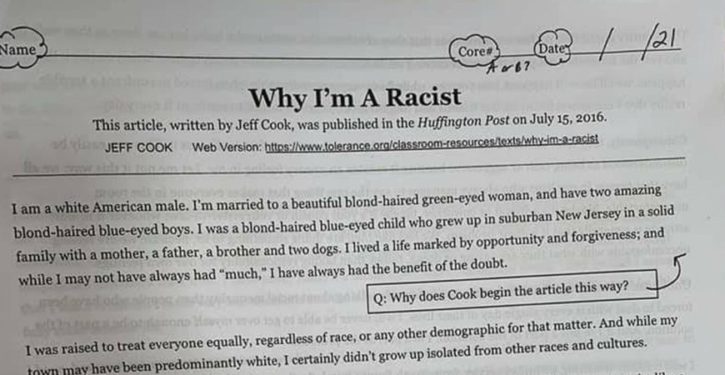 [Ed. – Did militant black students also receive the assignment or are we still subscribing to the myth that blacks can’t be racist?]

California middle school students were told early this year to read and analyze an op-ed published in The Huffington Post in 2016 titled, “Why I’m a Racist,” sparking backlash from some parents.

The students at Oak Middle School in Orange County were asked to analyze various points that the author, Huffington Post contributor Jeff Cook, makes in the piece.

“It was an uncomfortable situation,” Marshal Violia, the father of a seventh-grade student who was assigned to read the essay in his English class, told Fox News. “A lot of parents were in agreement.”

Several other Orange County parents who spoke to Fox News on the condition of anonymity out of fear of retaliation also confirmed the assignment.

The op-ed in question begins, “I am a white American male. I’m married to a beautiful blond-haired green-eyed woman, and have two amazing blond-haired blue-eyed boys. 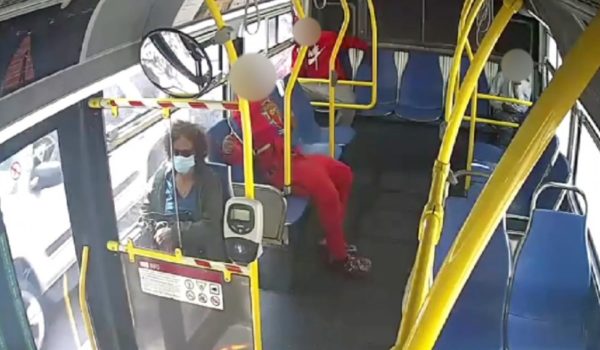