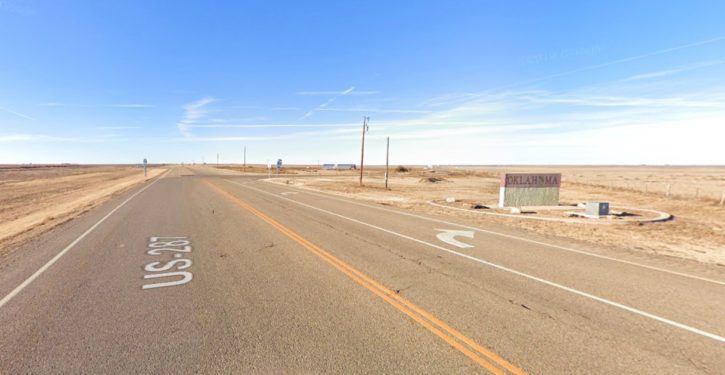 [Ed. – Fittingly, U.S. 287 is an oil-and-gas corridor highway — a thruway in an area that 40 years ago was so bucolic the cattle still grazed without fences over much of the Oklahoma Panhandle.  Now it fairly bustles with life (as these things go in what is still a remote rural area), because of a gas industry once thought impossible due to the depth at which the gas has to be recovered.  Recovery from drought is enabling livestock and agriculture to make a comeback from a couple of lean decades as well.  These trends were all in place before Trump was elected, but his policies encouraged the economic staples of the Panhandle rather than trying to repress them as Democratic regulatory policies do.]

Under a new bill, signed by Republican Governor Kevin Stitt, Oklahoma will rename a 20-mile stretch of highway, between Boise City and the border with Texas, after the forty-fifth president. The highway, part of U.S. route 287, runs north to south through the Oklahoma panhandle.

According to The Oklahoman, lawmakers managed to rename the highway stretch after Trump with relative ease, having included the provision in an annual infrastructure naming bill. The lawmakers did, however, have to amend a bill that requires everyone except medal of honor recipients to have been dead for at least 3 years before a bridge or highway can be renamed in their honor.

Earlier ‘Russian flu’ that killed 700,000 may have come from lab leak in China
Next Post
FDA’s killjoy warning: Don’t eat cicadas if you have shellfish allergies 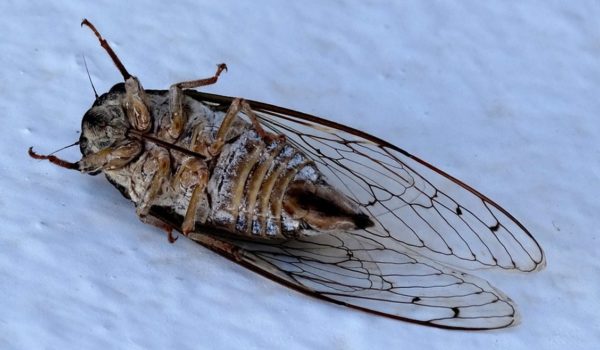