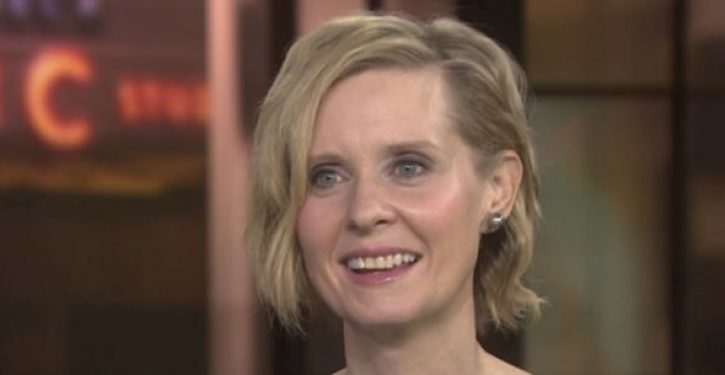 [Ed. – Especially illegal aliens, who already broke one law to get into the country. For the record, Nixon’s dream is already been a reality in Dallas, where the district attorney refuses to prosecute shoplifters who steal less than $750 worth of merchandise.]

Cynthia Nixon believes those who shoplift basic necessities should get a pass — but her intended compassion is falling on deaf ears — and the actress is getting hammered for it.

In a rather Robin Hood moment, Nixon tweeted, “The CVS on my corner has started locking up basic items like clothing detergent. As so many families can’t make ends meet right now, I can’t imagine thinking that the way to solve the problem of people stealing basic necessities out of desperation is to prosecute them.”

However, Twitter users took issue with her sentiment … one user said, “I grew up poor, and we never took anything that we hadn’t paid for. It’s insulting that you think the less fortunate have no ability to discern right from wrong.”