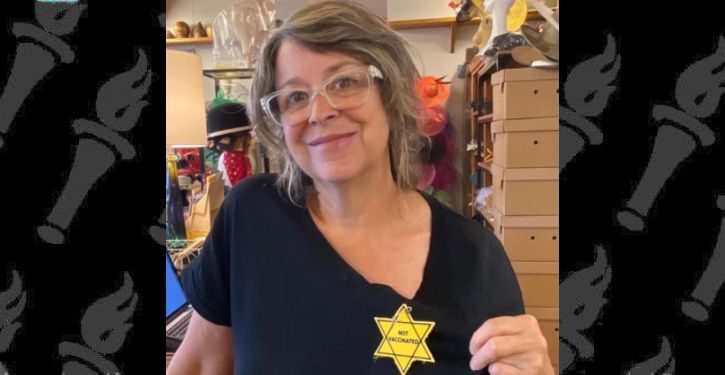 A Tennessee hat shop has come under fire for selling “Not Vaccinated” stick-on patches modeled after the yellow stars Jews were forced to wear in Nazi-occupied Europe.

“[P]atches are here!!” crowed the Instagram account of hatWRKS in Nashville, below a picture of an unidentified woman sporting the tasteless tchotchke.

The post, which was later deleted, went on to note that the badges were $5 apiece and featured a “strong adhesive back.” The store also promised that “we’ll be offering trucker caps soon.”

The advertisement was met with outrage on Twitter, with users calling for the store to be boycotted.

“I could not believe this could be for real,” CNN analyst Ana Navarro reacted. “I like to think such stupidity, insensitivity and ignorance in America cannot be commonplace. It’s real.”

“I am ashamed to know that I’ve given these people business in the past …” wrote “Deadwood” actor W. Earl Brown.

VIDEO: Joe Biden is old, but who knew he was this old?
Next Post
Chicago mayor sued by journalist for limiting interviews to reporters of color