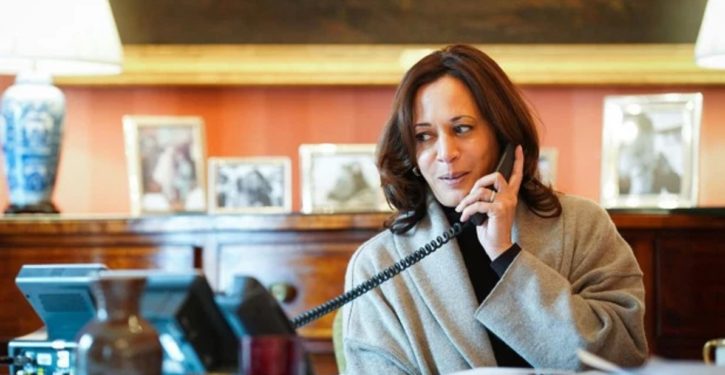 Along with not being a very good debater, Vice President Harris doesn’t do well at media interviews and pressers. She’s notorious for cackling at inopportune times – usually when inconvenient questions are asked, and is prone to epic gaslighting episodes which are usually called out in short order.

With that in mind, though troubling it hasn’t come as too much of a shock to see Harris largely avoid the press since Inauguration Day, and even more so since she was named as President Biden’s point person on the border crisis. … But a new report from Atlantic writer Edward-Isaac Dovere further sheds light on Harris’ media avoidance strategy and, to put it mildly, her approach would make Hillary “Enemies List” Clinton proud:

The vice president and her team tend to dismiss reporters. Trying to get her to take a few questions after events is treated as an act of impish aggression.