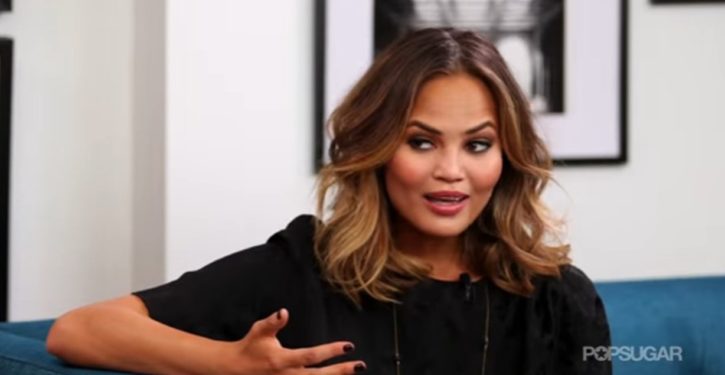 [Ed. – The message was a decade old, but at least it’s encouraging to see the Left using its own ridiculous rules to crucify one of its own.]

Teigen issued a public apology for her behavior toward Courtney Stodden on Wednesday. Teigen and her brand may still be suffering from the blowback of her messages to Stodden, sent in 2011 and 2012 when Stodden was a teen, however. According to the U.K.’s The Sun:

On Sunday morning, the kitchen items in the model and chef’s Cravings by Chrissy Teigen line were marked “unavailable” on Macy’s website.

By Sunday afternoon, the [sic] did not show up at all on the website.

Target has dumped Teigen’s cookware line. The retail corporation said that it made the decision to part ways with Teigen back in December because of a new direction the company wanted to take.