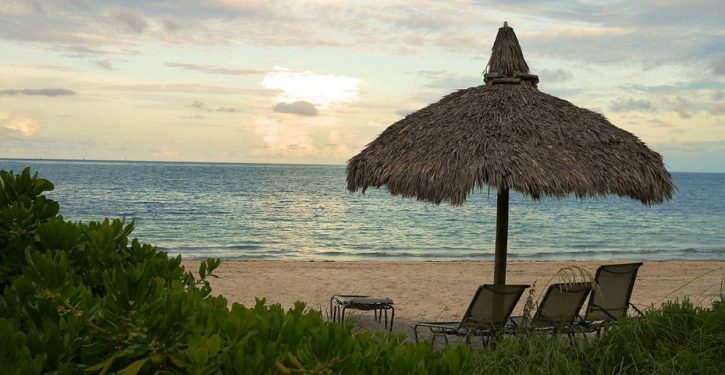 It seems like such a nice place. Florida's Atlantic coast. Pixabay

[Ed. – Good work by Charles C.W. Cooke in pulling all the strings on this.  It’s not a surprise this wasn’t true – not even a little bit – but it’s been rare lately to see the more mainstream conservative outlets pursue rank untruths propagated by the MSM left with this much energy.  Much of the MSM bought into it with little or no skepticism.  Cooke rightly focuses on Jones, but there’s at least as much of a story in how badly the media want these hoaxes to be true.]

This is a story about Rebekah Jones, a former dashboard manager at the Florida Department of Health (FDOH), who has single-handedly managed to convince millions of Americans that Governor Ron DeSantis has been fudging the state’s COVID-19 data.

[T]his conspiracy theory … has been repeated by others, sure: by partisans across the Internet, by unscrupulous Florida Democrats such as Nikki Fried and Charlie Crist, and on television, by MSNBC in particular. But it flows from a single place: Rebekah Jones. …

Jones claims that, while she was working at the FDOH last year, she was instructed by her superiors to alter the “raw” data so that Florida’s COVID response would look better, and that, having refused, she was fired. …

[B]y pointing to her own, privately run dashboard, which shows numbers that make Florida’s COVID response look worse than it has been, she has caused millions of people to believe quite sincerely that the state’s many successes during the pandemic have been built atop fraud.