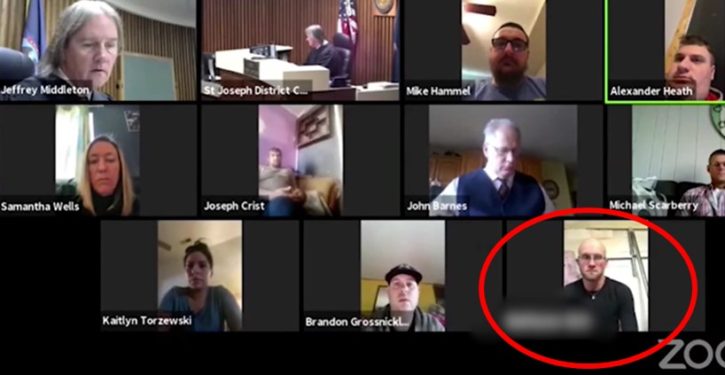 A Michigan judge ripped into a ‘fool’ who logged into his virtual court appearance as ‘Buttf**ker 3000.’

St. Joseph District Court Judge Jeffrey Middleton presided while the man, Nathaniel Saxton, appeared over the Zoom conference on Tuesday on a count of possession of drug paraphernalia in the city of Three Rivers, Law & Crime reported.

After the exchange, Saxton, who previously worked at a horse trailer factory, blamed the screenname on his sister while the angry judge noted that he almost had him put in jail for contempt of court.

‘Then we’ll bring this fool in,’ the judge says at the start of the court appearance.

The ‘Buttf**ker 3000’ name is seen on the screen as Saxton peers into his video chat box, the video shows.

Saxton realizes the judge is talking to him and identifies himself.