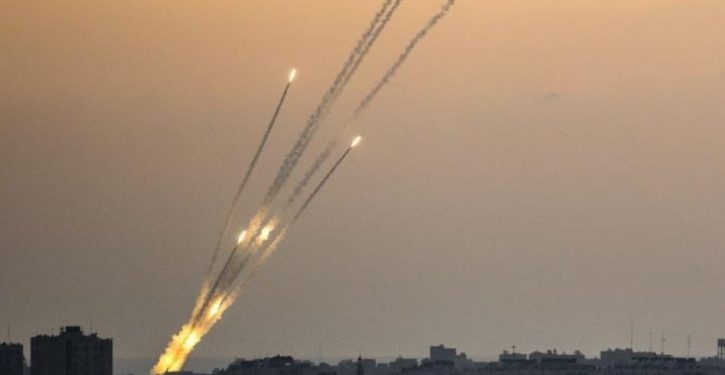 [Ed. – Hezbollah hastened to say, “It wasn’t us!”  A Palestinian Arab group has taken credit for it.  But Hezbollah owns and rules southern Lebanon; nothing happens there without Hezbollah’s say-so.  This would be a probe by Iran as Israel razes neighborhoods full of buildings in Gaza where Hamas hides its stuff and itself, arraying human shields to deter interdiction.  The number of rockets launched from Gaza is over 1,500 now.]

Three rockets were fired from southern Lebanon toward Israel on Thursday night. The IDF said that the rockets landed in the sea off the coast of northern Israel. …

Residents of the northern-Israeli town Shlomi heard the sound of the booms. …

A Palestinian terrorist group south of Tyre was likely behind the rocket fire and had been arrested by Lebanese security forces, according to MTV Lebanon.

Moment ‘we have all longed for’: CDC director signals ‘masks off’ – for vaccinated
Next Post
Hmm. Cost of Green New Deal for Biden: Keeping Trump tax rates?