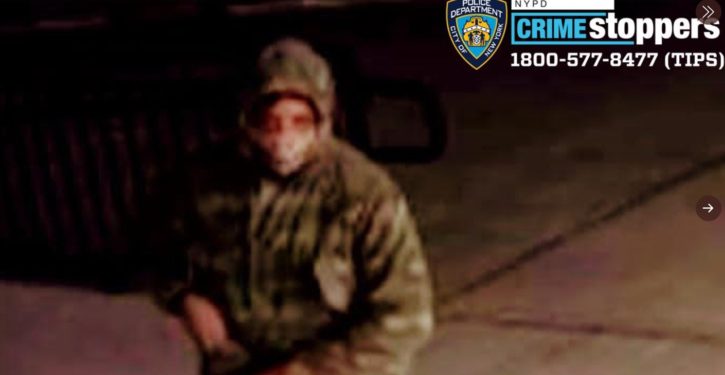 Suspect in attacks on synagogues (Image: NYPD via surveillance footage)

[Ed. – Time for New York Jews to take to the streets to burn stuff down and loot.]

Two of the attacks took place Friday, three on Saturday and one on Sunday, Sammon said. The NYPD is working to identify the suspect, but video surveillance footage appears to suggest that the same person is responsible for all the attacks.