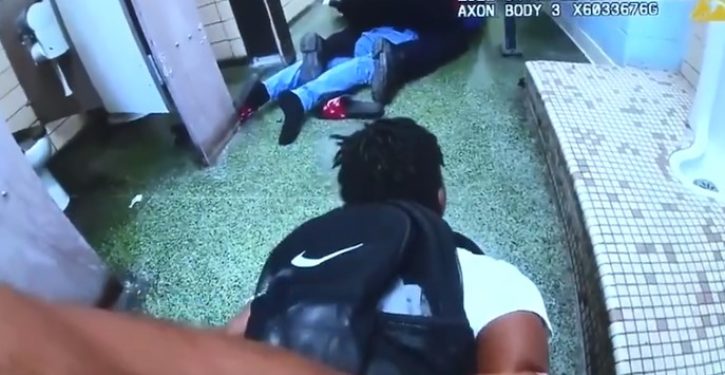 [Ed. – It never ends. Luckily, civil rights attorney Benjamin Crump immediately jumped into fray, even before the dust cleared, to explain why this was another innocent victim of police hatred of blacks. The fact that at least two of the cops were black is apparently immaterial.]

If attempted murder is a rite of passage, another recent case of a teen shot by police may be the test to see how far the race-baiters can stretch such an excuse.

A little more than a week before [Ma’Khia] Bryant’s killing, 17-year-old Anthony J. Thompson Jr. was shot by Knoxville, Tennessee, police after he brought a gun to school and holed himself up in a high school bathroom stall. …

Four officers were there to arrest Thompson after his ex-girlfriend’s mother had called complaining of domestic abuse.

But as police confronted the teen and commanded him to put his hands behind his back, Thompson reached for the weapon in his hoodie.

Knox County District Attorney General Charme Allen said in a news conference Wednesday that when Officer Jonathon Clabough spotted the weapon, he thought to himself, “I’m about to die.”

Kamala Harris cracks herself up while talking about something else that isn’t funny
Next Post
Officials say human smugglers bringing migrants into U.S. illegally by the hundreds 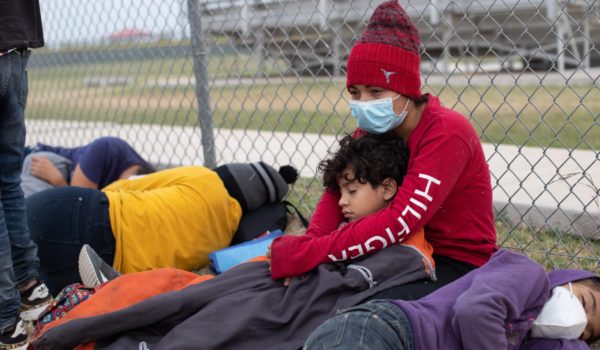