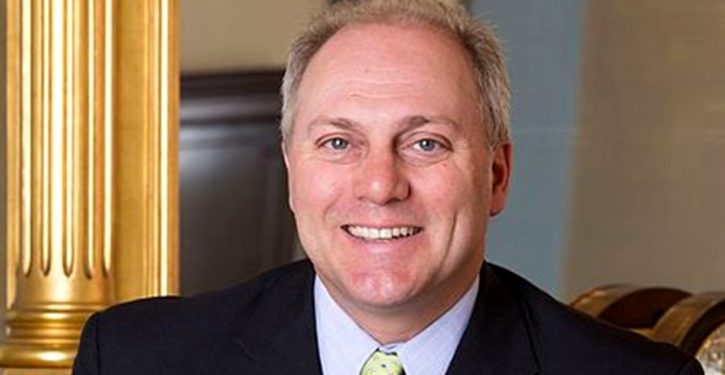 [Ed. – Got your wretched hive of scum and villainy right here.  Who even knows what to say anymore.]

According to Congressman Brad Wenstrup and first reported by POLITICO, the FBI classified the motive behind the 2017 attempted assassination of Republicans practicing for the annual Congressional Baseball Game as “suicide by cop.”

Rep. Brad Wenstrup (R-Ohio) revealed the previously undisclosed determination during a hearing of the House Intelligence Committee on Thursday, upbraiding FBI Director Christopher Wray and prompting several colleagues of both parties to pile on. He said FBI agents privately briefed the baseball team on Nov. 16, 2017 to deliver the controversial determination.

“Much to our shock that day, the FBI concluded that this was a case of the attacker seeking suicide by cop,” Wenstrup said. “Director, you want suicide by cop, you just pull a gun on a cop. It doesn’t take 136 rounds.

Biden to factory workers: ‘I want you all to know I used to be a bus driver’
Next Post
The U.S. Postal Service is monitoring your social media activity