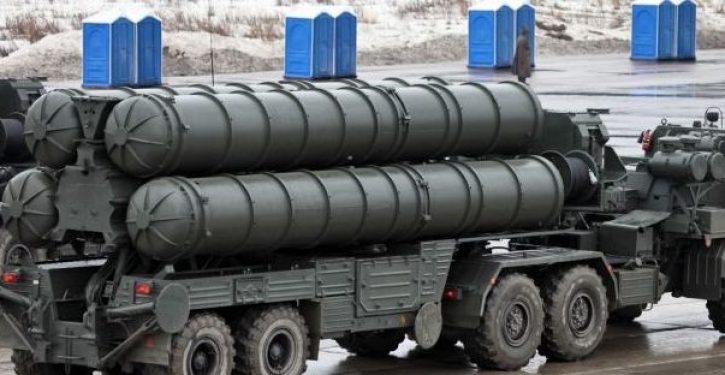 [Ed. – There’s no threat to Russia that demands this.  The number given by the EU official is huge: 150,000.  It’s an invasion-size force now – with sufficient armor and air support, capable of a conventional invasion.  I remain doubtful that Putin wants to make a move that would provoke a major counter-move.  But if he can get the right conditions, he’s ready to exploit opportunities to the hilt.]

Russia has concentrated more than 150,000 troops on Ukraine’s border and in annexed Crimea, the EU’s top diplomat Josep Borrell said on Monday after EU foreign ministers were briefed by Ukraine’s foreign minister.

“It is more than 150,000 Russian troops massing on the Ukrainian borders and in Crimea. The risk of further escalation is evident,” Borrell said, declining to give a source for the figure. …

In Washington, the Pentagon said the Russian military build-up was larger than that in 2014 and it was not clear that it was for training purposes.

A U.S. official, speaking on the condition of anonymity, said the Russian build-up numbered in the tens of thousands but was not aware of intelligence that pointed to more than 150,000 Russian troops.