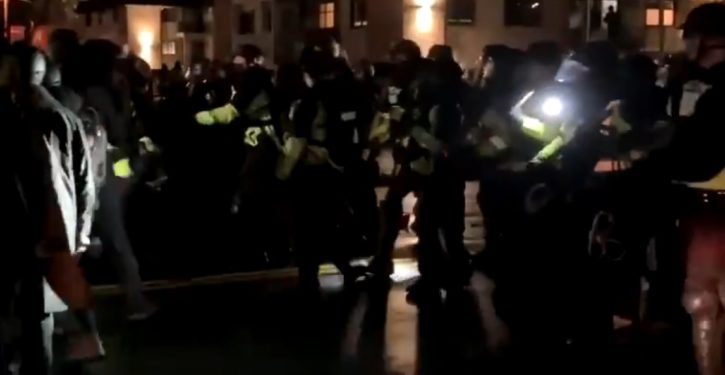 Riots erupted in Brooklyn Center, Minnesota on Monday night, for the second night in a row, after police released body camera footage of the fatal shooting of Daunte Wright. Law enforcement deemed Wright’s death a “tragic accident” after an officer accidentally deployed her service gun instead of a taser.

Earlier, local officials reaffirmed a commitment to protecting peaceful protests, but an eruption of violent riots occurred as the evening progressed on Monday night. Brooklyn Center Police Chief Tim Gannon said that “ravaging of our businesses,” “the looting of our stores,” and “the destruction to our pharmacies” do not qualify as peaceful protests, but that’s exactly what happened on Monday night, once again. The recently-released body camera footage shows the “accidental discharge” of the officer’s service gun.