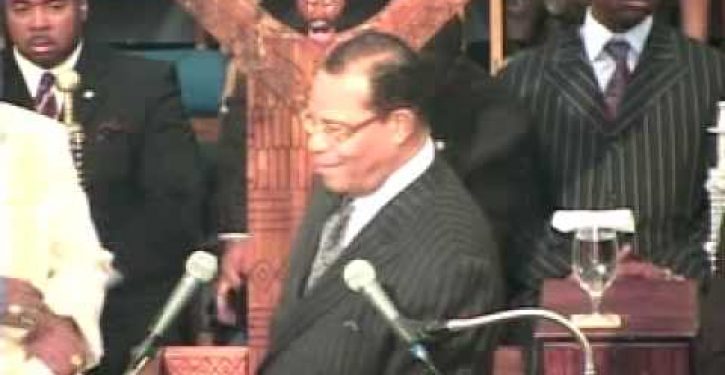 [Ed. – If there was any doubt about whether this act was political.]

The Nation of Islam said it is investigating what caused one of its followers to stage a deadly assault against U.S. Capitol police last week, calling the deceased attacker a “brother with such great potential” who could have been a “star in the mission of the resurrection of our people.”

The group distanced itself from the attack by its supporter Noah Green, saying it “absolutely disavow[s] this act that resulted in the senseless loss of life,” and indicated that it was looking into a number of potential explanations for “what caused this” — including mental illness, depression, Green’s own claims that his food was being poisoned, and that he was under “mind control.”

“I am sure, had [Green] been blessed to come through the crisis that he was going through, he would have been a star in the mission of the resurrection of our people,” said Nation of Islam leader Louis Farrakhan.