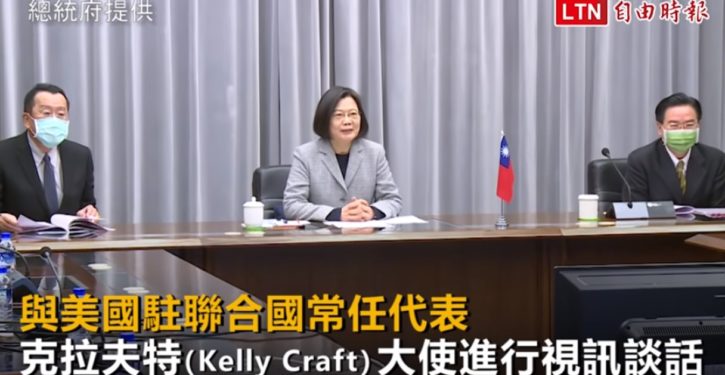 [Ed. – China has been preparing for this for a long time.  It isn’t out of turn to be concerned that it could happen much sooner than the “next six years.”  It could be attempted this year.  More on this separately.]

Beijing sent the largest-ever incursion by Chinese jets into Taiwan’s air-defense identification zone last Friday, leading the country’s defense ministry to announce that it would no longer scramble its own planes in response.

These flights through Taiwan’s ADIZ are now essentially a regular occurrence, and they figure into a broader Chinese “gray zone” campaign against the country that has included everything from banning pineapple imports to inflict economic pain to sending a fleet of civilian sand-dredging ships to erode the coastlines of Taiwan’s peripheral islands. …

Not only has the People’s Liberation Army embarked on a massive modernization drive for the past 30 years, but these efforts have been supported by an extensive whole-of-country initiative to marshal precisely the kind of resources necessary for an eventual cross-strait invasion. Even one of China’s largest ferry operators has constructed ships according to PLA specifications that could transport equipment and personnel during an amphibious assault. …

The modernization drive has been so successful that in Pentagon war games, the U.S. consistently loses to China in hypothetical conflicts over Taiwan.