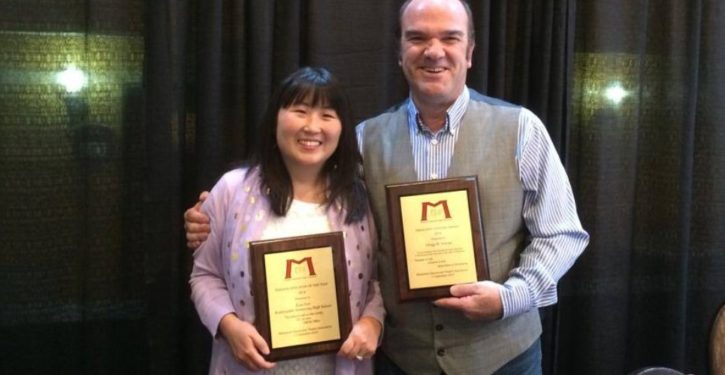 [Ed. – Does she think that someone will chop down the courthouse unless she is chained to it?]

Local … teacher Kaia Hirt chained herself to a metal fence outside the Hennepin County Government Center on Monday evening in a protest pushing for police reform as the Derek Chauvin murder trial proceeded inside.

Hirt, who teaches 10th grade English … said she was demonstrating to show her support for families of those who have been killed by police. She wants local politicians to do more to support police reform legislation.

“I’m frustrated by local and state officials’ failure to address racist policing in the community,” Hirt said, as she sat chained to a fence that authorities erected in the Government Center plaza as part of security precautions for the trial.

… Hirt said she was relieved that Floyd’s family has been treated with dignity by authorities, but she noted that other families of those who have been killed in altercations with police are still hurting.