[Ed. – They’ll commit to releasing his health info around the time when he commits to transparency.]

“Absolutely,” Psaki said in response to a reporter’s question at her daily press briefing.

“I don’t have a timeline but absolutely we will do that, and I’ll check and see when he is due to go back to the doctor.”

The White House has been quick to deny that Biden, 78, suffers from any serious health challenges.

Former President Donald Trump last year frequently accused Biden of being in mental decline. Trump said last week — after Biden tripped on the stairs of Air Force One — that he believes Vice President Kamala Harris may take the reins of government.

Biden this month called his second-in-command “President Harris” — repeating a gaffe he made once before. 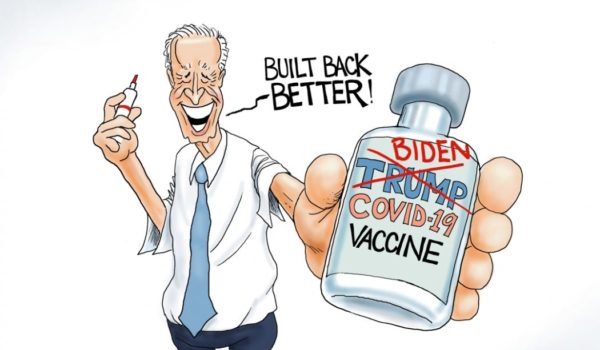 COVID: new vaccines needed globally within a year, say scientists
Next Post
Biden’s weakness on the world stage is dangerous