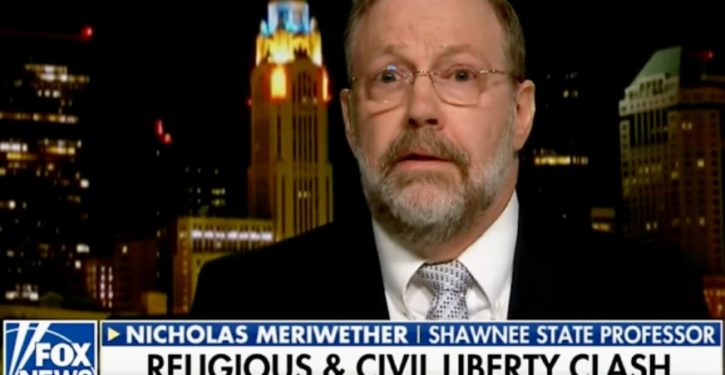 [Ed. – In a sane world, the school would take disciplinary action against the student.]

The level of speech control on campuses in mind-numbing. If you’ve followed the dozens, maybe hundreds, of cases and incidents we’ve covered in the last decade, you’d know that campuses are the most intolerant places in the country, though corporations are catching up quickly.

The Sixth Circuit Court of Appeals just handed a victory to Dr. Nicholas Meriwether, a philosophy professor at Shawnee State University, who committed the thought crime of refusing to obey a student’s demand to use the student’s preferred pronoun.

… During a political philosophy class he was teaching, Professor Meriwether responded to a male student’s question by saying, “Yes, sir.”… the student became belligerent, circling around Meriwether and getting in his face in a threatening fashion while telling him, “Then I guess this means I can call you a c**t.”