[Ed. – His voice will rise up elsewhere.]

The political and social media landscape shifted immensely when Big Tech giants – Facebook, Twitter, YouTube, Snapchat, Reddit, Twitch and Amazon Web Services – banned President Donald Trump from their platforms. But, according to former Trump campaign senior adviser Jason Miller, Trump has a plan to get back into the social media mix.

“This is something I think will be the hottest ticket in social media. It’s going to completely redefine the game and everybody’s going to be waiting and watching to see what exactly it is that President Trump does,” he explained. “But it will be his own platform.” 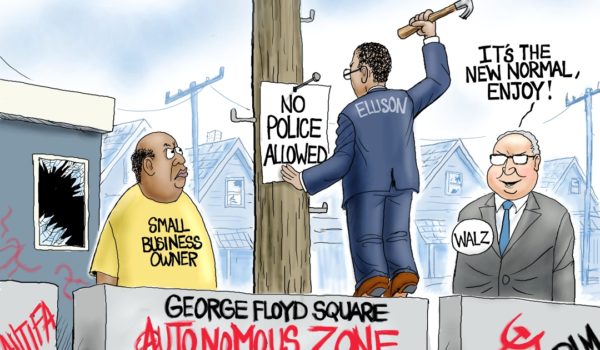 Cartoon of the Day: Welcome to Crazystan
Next Post
Federal judge warns ‘dangerous’ media have ‘very close to one-party control’