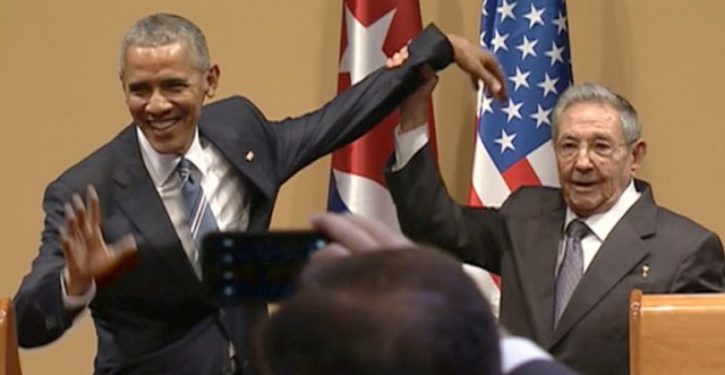 [Ed. – Uh-oh. Dems better come up with some tantalizing piece of pork for that voting block in their next ominbus bill.]

A new poll of Cuban-American voters in Florida shows that an overwhelming majority is solidly opposed to the Biden administration reengaging with the island dictatorship — and their brief drift toward Democrats has been totally reversed.

During Barack Obama’s presidency, studies, exit polls and voting patterns indicated that the exiled community’s hardline positions about Cuba had begun to soften, prompting Obama to make a historic visit to the island in early 2016 — a move that brought a torrent of criticism from Florida Republicans including then-Gov. Rick Scott and Sen. Marco Rubio.

But now 66 percent of those polled by Bendixen & Amandi International opposed reverting back to Obama policies toward Cuba. In a poll done by the same group in 2015, 51 percent backed the former president’s effort. The new poll also showed a major shift in support for keeping the decades-old trade embargo against Cuba.