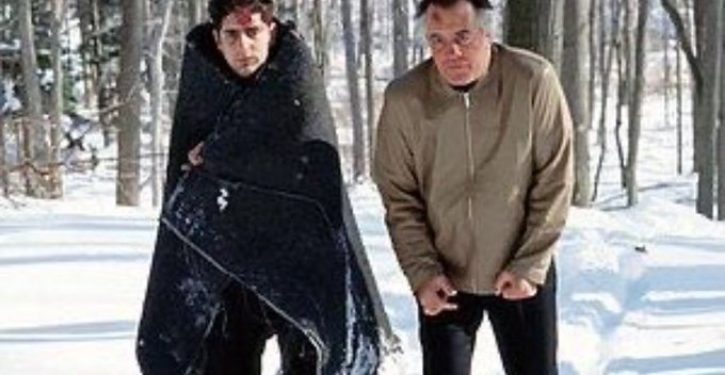 [Ed. – The chill he’s feeling emanates from the icy hands of fate]

Gov. Andrew Cuomo may have just done for blankets what Sen. Bernie Sanders did for mittens.

Soon after a photo emerged on social media, showing the embattled New York Democrat outside his home, wrapped in a blanket – and holding a bottle as he spoke on a cell phone  — Twitter erupted with commentary and memes.

Some saw a business opportunity.