The poll asked, “How much do you feel it is justified for people to use violence to pursue their political goals?”

Here is the breakdown of those who said violence is “not at all” justified:

The poll was conducted by the American National Elections Studies Time Series (2016, 2020) and shows a very disturbing increase among liberals who justify political violence (aka terrorism) and a large decrease among white conservatives.

$27M settlement for George Floyd’s family approved by Minneapolis City Council
Next Post
Cartoon of the Day: Polishing the plagiarism 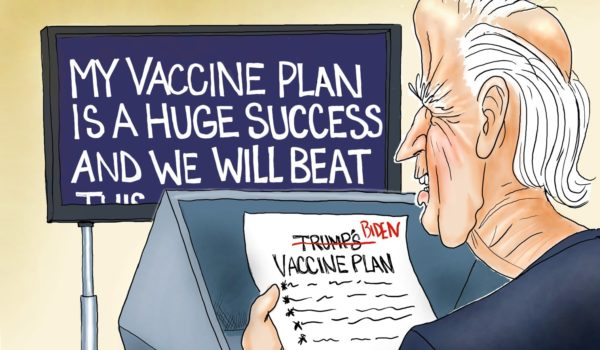