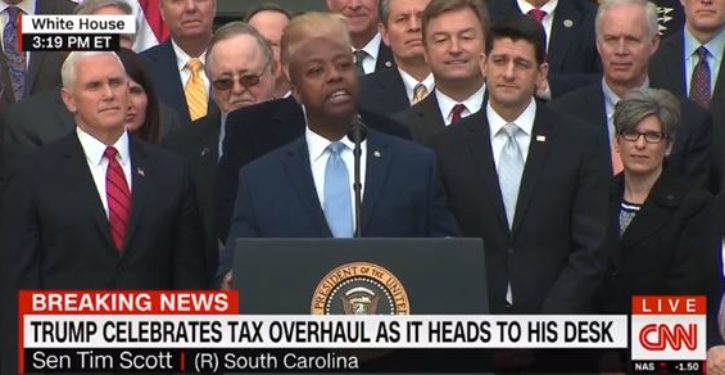 [Ed. – Now Scott’s done it. He  can look forward to a whole new round of racist attacks by Joy Reid.]

Republican Sen. Tim Scott of South Carolina on Monday told Fox News “woke supremacy” is as big a problem in the US as “white supremacy.” His remarks came days. after the FBI director underscored the threat posed by white supremacist groups, and confirmed their involvement in the Capitol attack on January 6.

“Woke supremacy is as bad as white supremacy. We need to take that seriously,” Scott told host Trey Gowdy. Scott was responding to comments from MSNBC’s Joy Reid, who last week said that Scott was only present at a recent press conference to provide “the patina of diversity” for the GOP. The South Carolina Republican is the only Black GOP senator.

Republican lawmakers and the right-wing media have increasingly zeroed in on subjects like political correctness and cancel culture — often associated with the concept of “wokeness” — over the past few years.