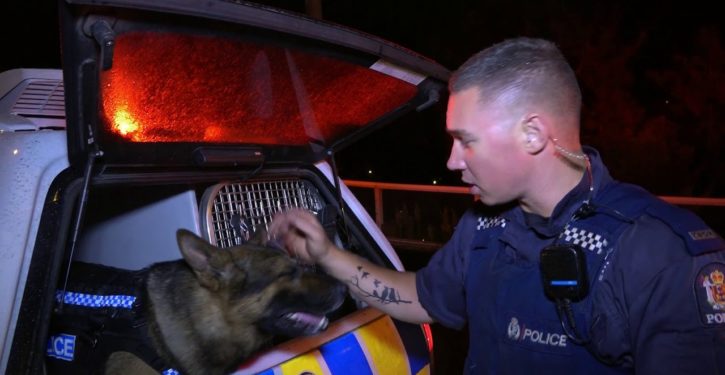 [Ed. – LEOs deserve our respect and gratitude, but not when they gratuitously abuse their four-legged partners.]

A North Carolina police officer swung his K-9 partner over his shoulder by a leash and slammed the dog into a vehicle, disturbing video shows.

The clip shows an unnamed Salisbury cop giving a command to his police dog, Zuul, after the animal exited an SUV during a training session.

The officer then approached the animal and put a leash on the dog before lifting it up by the neck and slamming the pooch into the side of the vehicle, video obtained by WJZY shows.

“We’re good, no witnesses,” an onlooker said as the officer dragged the animal back to the SUV.

“Stay!” the cop yelled at the dog once putting the animal back into the SUV. The officer also appeared to hit the dog while giving the command, video shows.

“Is your camera on?” another person then asks on the footage, which was sent to the station anonymously.