With reparations, there is the issue of who pays. Do African countries owe reparations to Black Americans? After all, Harvard’s director of the Hutchins Center for African & African American Research, Henry Louis Gates, wrote that 90% of those enslaved and shipped to the New World were sold by Africans to European slavers. All whites? Only whites? Nonwhites? Are payments owed before the United States became a country?

“The reparationists claim that the United States must compensate the descendants of slaves for 400 years of slavery. Since the United States was not established until 1788 (when the required three-fourths majority of the states approved the Constitution), slavery existed for only 77 years before the 13th Amendment abolished it.” McGrath also writes about the number of whites who owned slaves in the January issue of Chronicle Magazine. …

Biden: ‘I’m happy to take questions, if that’s what I’m supposed to do, Nance’
Next Post
Cartoon of the Day: Custody battle 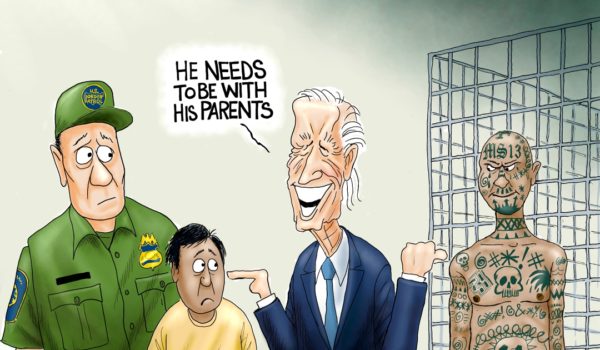