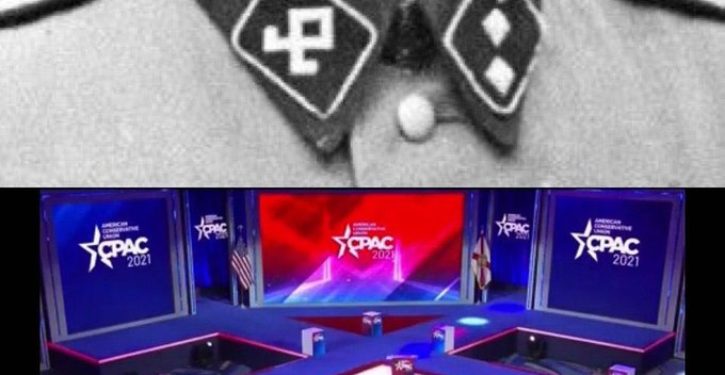 Leftists are convinced that the Conservative Political Action Conference (CPAC) is a nefarious conclave of secret Nazis plotting an insurrection. Many activists on Twitter have seized on the shape of the CPAC stage at the Hyatt Regency in Orlando, Fla., claiming it is shaped like a secret rune to cater to Neo-Nazis. Partially for this reason, activists have demanded that Hyatt Hotels stop hosting this “hateful” confab. Hyatt rightly stood up to this absurd cancel push.

Leftists have mocked CPAC as “QPAC,” slamming Republicans as supporters of the QAnon conspiracy theory, even though the worst offender in the GOP, Rep. Marjorie Taylor Greene (R-Ga.), has disavowed QAnon. This secret Nazi conspiracy theory makes QAnon seem sane.