{Ed – Same question I posed on Twitter.  “Does the jury pool come from Minneapolis? Is this really OK? If so, I think if I were either side in this, prosecution or defense, I’d request a change of venue. What is this w/politicizing a trial atmosphere w/city council ‘messaging’?”]

The Minneapolis City Council has unanimously approved paying six social media influencers to spread city-approved messaging and updates throughout the upcoming murder trial of former officer Derek Chauvin, who has been charged in George Floyd’s death. On Friday, the council approved $1,181,500 for communication with the community during the trial, CBS Minnesota reports.

The city says social media partners will help dispel potential misinformation, and that the influencers will intentionally target Black, Native American, Somali, Hmong and Latinx communities with their messaging. Each influencer will be paid $2,000.

Minneapolis is paying for social influencers to spread an approved narrative during the Floyd trial? It is part of a $1,181,500 communications budget for the trial…https://t.co/LvhiBJqU3K 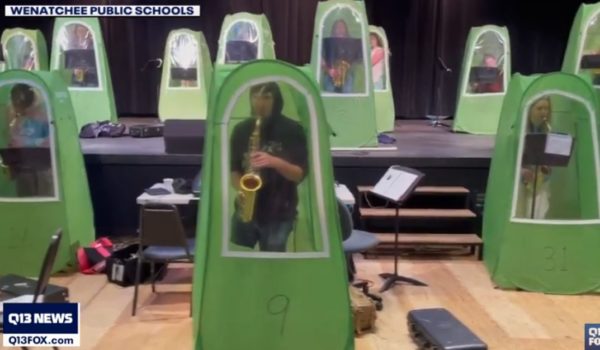 Confirmed: Wenatchee H.S. band students are playing inside COVID pods
Next Post
News flash: Democracy has already been undermined by the Left’s behavior since 2016