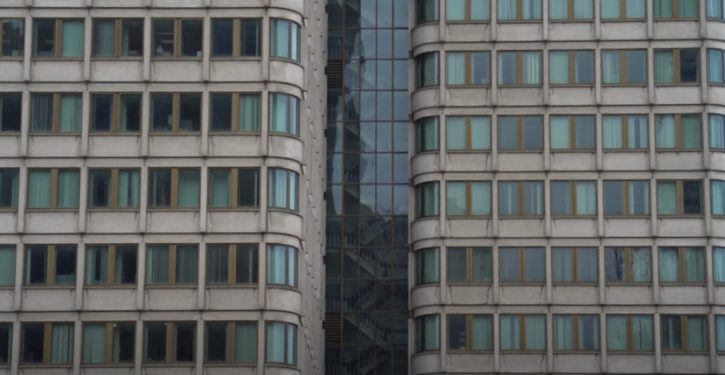 [Ed. – You knew this had to be coming.  For diversity’s sake, maybe we can have some Mayan temples or Native American kivas or Japanese-style palaces and torii gates.  At least those have relevance to our cultural history – unlike the Brutalist monstrosities of, say, Communist Minsk circa 1958.]

In December, Trump signed an executive order called “Promoting Beautiful Federal Civic Architecture.” The order itself didn’t attempt to enforce or ban a particular style, but expressed a preference for classical architecture over the Brutalist style of architecture, which was popular in the 1950s through the 1970s, and was widely implemented in the 1960s when the federal government’s growth required more office space. Brutalism was seen as modern, stylish, and even futuristic at the time. It was also cheap to build because it was mostly concrete. Hence why you’ll also find such buildings on college campuses throughout the country.