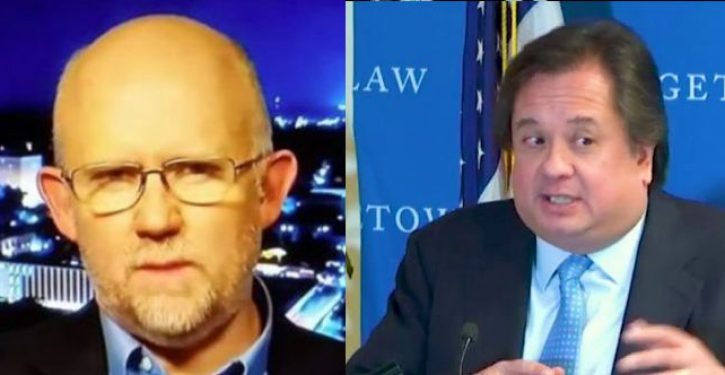 [Ed. – Could be a campaign finance violation.  It’s certainly fresh evidence of what the Lincoln Project was in 2020.   I.e., a fake-conservative-washing enterprise for the Democrats.  I wasn’t over the moon about Doug Collins, but c’mon man: there wasn’t one single reason for a conservative not to vote for him.  At no time was the “Lincoln” Project ever an honest organization, apparently.]

A high-ranking Lincoln Project employee served as a paid campaign staffer for Georgia senator Jon Ossoff (D.) while he received payments from both groups, a potential violation of laws that prohibit coordination between campaigns and super PACs.

The Lincoln Project and the Ossoff campaign paid Democratic consultant Keith Edwards during the closely watched Georgia runoffs that tipped the scales of the Senate to Democrats. Edwards said he left his post as the Lincoln Project’s communications director in November to become senior digital adviser for the Ossoff campaign, but records show his consulting firm, That’s Good Media, received at least $20,000 from the Lincoln Project while Edwards was employed by the campaign, Federal Election Commission records show.

Official: DOJ may seek new powers against domestic terrorists
Next Post
Garland to Senate on meaning of Second Amendment: ‘I don’t have an opinion’