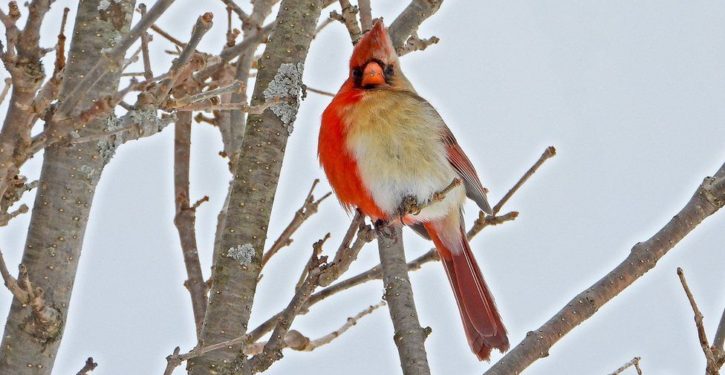 A bird that appears to be half-female and half-male has been photographed in Pennsylvania by a birder who rushed out with his camera when he heard a friend had spotted the northern cardinal.

Though not unheard of, mixed sex birds are rare.

Male cardinals are bright red but females are pale brown, suggesting this specimen may be a mix of the two sexes.

Retired ornithologist Jamie Hill, 69, told the BBC it was a “once-in-a-lifetime, one-in-a-million encounter”.

A friend of Mr Hill told him that she had seen an “unusual bird” coming to her bird feeders in Warren County in the state of Pennsylvania.

At first Mr Hill wondered if the bird was leucistic – a term that means the specimen would have a loss of pigmentation in its feathers, but would not be half-female, half-male.