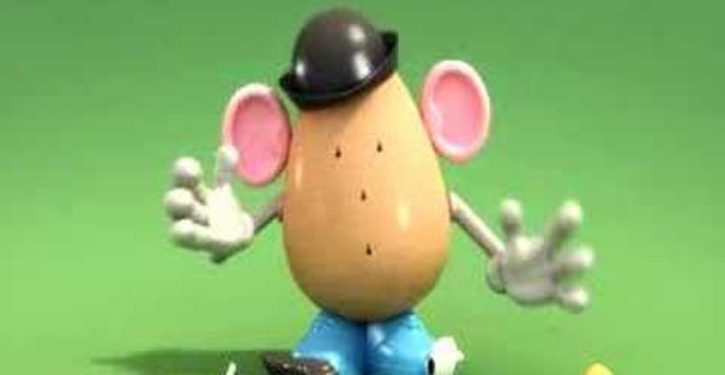 Is it Mr. Potato Head or not?

Hasbro created confusion Thursday when it announced that it would drop the “Mr.” from the brand’s name in order to be more inclusive and so all could feel “welcome in the Potato Head world.” It also said it would sell a new playset this fall without the Mr. and Mrs. designations that will let kids create their own type of potato families, including two moms or two dads.

But in a tweet later that afternoon, Hasbro clarified that while the brand is changing, the actual Mr. and Mrs. Potato Head characters will still live on and be sold in stores. In a picture posted on Twitter, the “Mr.” and “Mrs.” names are less prominently displayed at the bottom of the box, instead of the top.

SCOTUS weighs scope of police power to enter homes without a warrant
Next Post
Where do we go to get the integrity of our vote back?