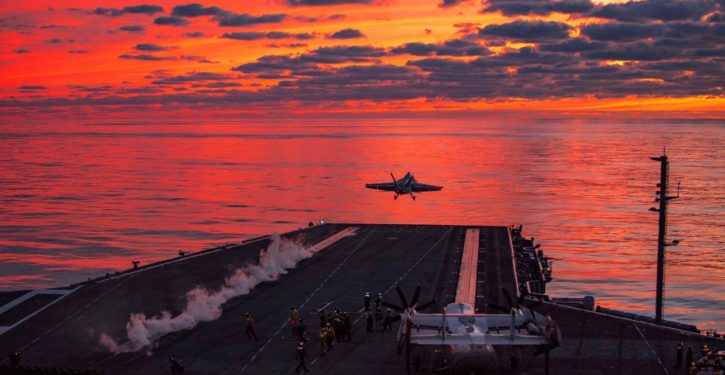 [Ed. – Let’s practice being calm about a routine carrier strike group deployment.  USS Dwight D Eisenhower (CVN-69) is presumed to be headed to the Middle East, from which USS Nimitz (CVN-68), a West-coast carrier, recently departed.  Ike may (or may not) do some flag-showing and joint exercises with European NATO allies on the way.  We’ll see what the “Biden” priorities are.  But there’s nothing exciting going on here, other than the fact that all carrier deployments are the coolest thing that happens in modern life.]

The IKE CSG is a multiplatform team of ships, aircraft and more than 6,000 Sailors, capable of carrying out a wide variety of missions around the globe.

Admissions into U.S. have begun for 25,000 asylum seekers formerly waiting in Mexico
Next Post
NFL seeks 100% increase in TV rights fees from networks