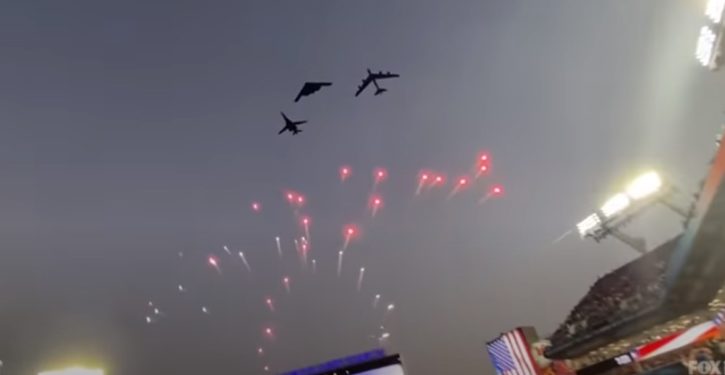 [Ed. – It’s a bit curious that we’re doing this at the same time we’re reversing course abruptly to accommodate Russia on the Nordstream 2 gas pipeline.  I’m well aware of the patter about emphasizing Arctic security, but putting bombers in Norway is pretty drastic.  Put them in Canada.  Put them in Iceland.   (Granted, further south, but that’s what that spectacularly global in-air refueling capability is for.)  Heck, put them in Alaska.  I’m not clear on why we need to gratuitously rattle Russia’s cage.  Must plug in the thinking cap.]

The U.S. Air Force is temporarily deploying 200 personnel with an expeditionary B-1 Lancer squadron to Norway to help manage bomber training flights in the region, U.S. European Command announced Tuesday.

The service members, hailing from Dyess Air Force Base, Texas, will set up shop at Orland Air Base near Trondheim, a hub for Norway’s F-35 fighter jet fleet. The force represents “the advance team for scheduled missions in the coming weeks, which will occur for a limited time,” EUCOM’s statement read.