[Ed. – As numerous others have pointed out, this means 90-some percent of them will never show up for their formal case processing, months or years down the road.  No one believes this process actually performs as intended.  These are the people Trump arranged with Mexico and the “Northern Triangle” countries to wait outside the U.S. for their processing.  Their status is illegal because they haven’t followed the legal protocol of applying for asylum at a U.S. processing point — e.g., a consulate — in one of their countries.]

The Department of Homeland Security announced in a statement on Thursday that it will begin a process to allow approximately 25,000 people into the United States from Mexico who had been previously denied entry because they were seeking to illegally cross the border or enter the United States without the proper documentation.

These individuals—who are now under the “Migrant Protection Protocols”—will be allowed to wait inside the United States while they pursue asylum claims in U.S. courts.

Nikki Haley: Trump ‘let us down’; ‘we shouldn’t have listened to him’
Next Post
Bidens decorate White House lawn with heart-shaped signs 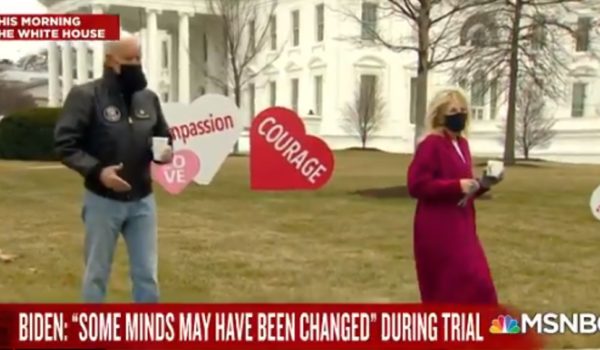