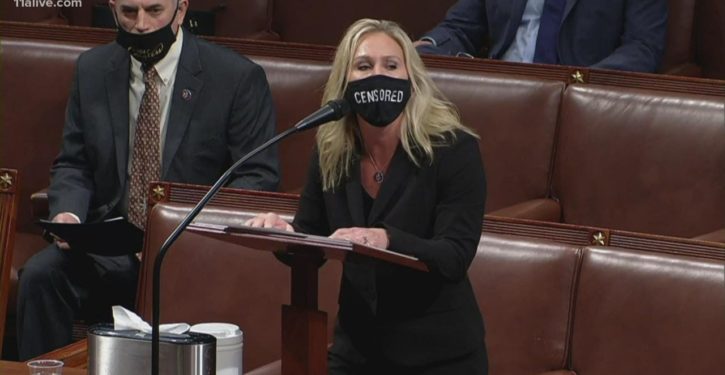 [Ed. – She made her outrageous comments before being elected in contrast to Ilhan Omar, who was made blatantly anti-Semitici comment as a member of Congress. She, however, is not being stripped of her committee assignments and has accused those who say she should be of being racist.]

In a 230-199 vote, the House voted to remove Greene from the House Education and Budget committees.

Greene has continued to claim that Trump won the Nov. 3 presidential election and has been linked to a number of conspiracy theories, including QAnon related conspiracies. Greene gave a speech on the House floor Thursday after a Wednesday night meeting with House Republicans where she apologized for promoting conspiracy theories and reportedly was met with applause by many in the room.

House Minority Leader Kevin McCarthy said Wednesday that he would not remove Greene from her committee assignments.

“Past comments from and endorsed by Marjorie Taylor Greene on school shootings, political violence, and anti-Semitic conspiracy theories do not represent the values or beliefs of the House Republican Conference,”… McCarthy said. …

New Democratic mantra: All Republicans are white nationalists
Next Post
Cartoon of the Day: Spreading the … er — word 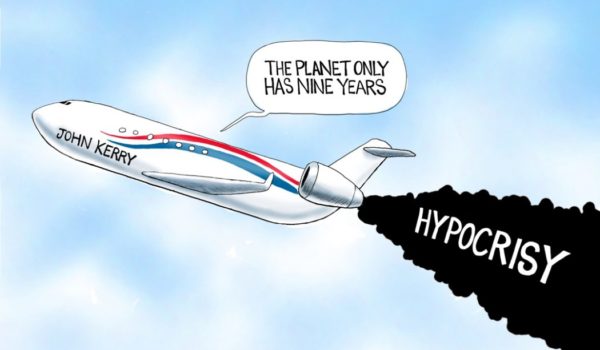