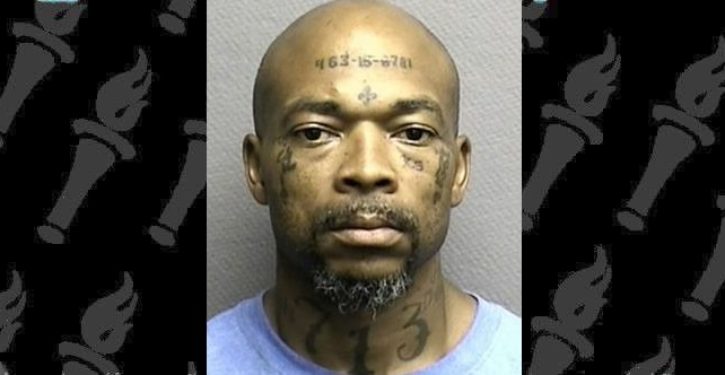 [Ed. – Our guess as to why is so that he won’t forget it? Meantime, this clearly places him in contention for LU’s ‘dumbest crook’ award. P.S.: Presumably the numbers on his neck his area code.]

A 43-year-old man has been sentenced to nearly 42 years for the robberies of multiple phone and others stores during Christmas week in 2017.

A Houston federal jury deliberated for two hours before returning guilty verdicts against Robert Charles Wooten following a two-day trial. He was convicted of five counts of interference with commerce by robbery and five related charges of using, carrying or brandishing a firearm during and in relation to a crime of violence.

Today, U.S. District Lynn H. Hughes handed Wooten a combined 80-month sentence for the robberies. He also received an additional 420 months for the firearms charges which must be served consecutively to the other sentence imposed. At the hearing, the court noted that although his prior offenses were not violent in nature, Wooten is a menace to society.