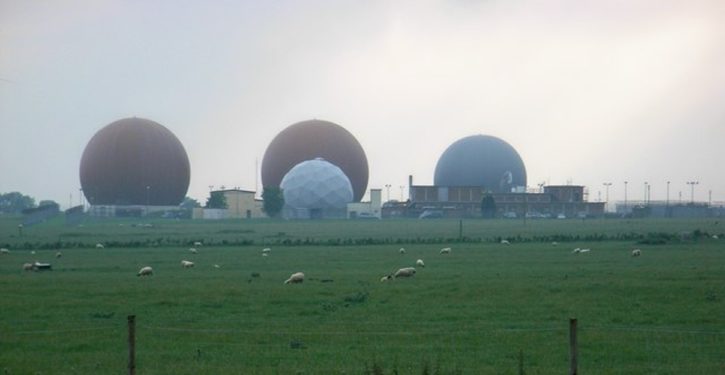 [Ed. – It’s not clear how she came to be represented at the wife of a diplomat, which is how I’ve seen her described in every story about this.  It’s curious; in the job she apparently was in, she’d have fallen under the Status of Forces Agreement with the UK, an instrument of very long standing.  No further speculation at this time.]

Anne Sacoolas, the woman accused of killing British teenager Harry Dunn while driving on the wrong side of the road in England, has been referred to as “the wife of a U.S. diplomat” in reports on the 2019 incident, but her lawyer told a Virginia court on Wednesday that she was working for U.S. intelligence.

The assertion reopens questions about whether Sacoolas had diplomatic immunity when she fled Britain for her home in Virginia in August 2019 — though the Trump administration denied Britain’s request to extradite Sacoolas, and last week the Biden administration said it considered that decision final. …

At the U.S. District Court in Alexandria on Wednesday, Sacoolas’s lawyer, John McGavin, said, “Mr. and Mrs. Sacoolas were employed by an intelligence agency of the United States, and that’s why she left,” according to the Press Association, which was listening to the court case via an audio link.

McGavin told the court that he was unable to “completely candidly” explain the family’s departure. “I know the answer, but I cannot disclose it,” he said, according to Press Association.