[Ed. – In which case where’s the incitement?]

The two pipe bombs discovered at the Republican and Democratic national committee offices during the recent Capitol breach were placed in their respective locations the night before, according to federal officials.

The devices, which were found by law enforcement on the day of the Jan. 6 breach, had been placed in their respective locations the evening prior between 7:30 and 8:30 p.m.

The devices’ connection to the Capitol breach remains unclear. Investigators are still examining the devices, which were similar in style and nature – both appeared to be about a foot long with end caps and wiring attaches to timers.

As the Senate prepares for a second impeachment trial for former President Trump, law enforcement officers in the nation’s capital are concerned about the potential for attacks on soft targets.

Law enforcement officials are offering $100,000 to anyone who can help them identify … who planted the bombs.

Biden: ‘We have enough vaccine to fully vaccinate 300 Americans’ That few?
Next Post
Why is the National Guard still in Washington? 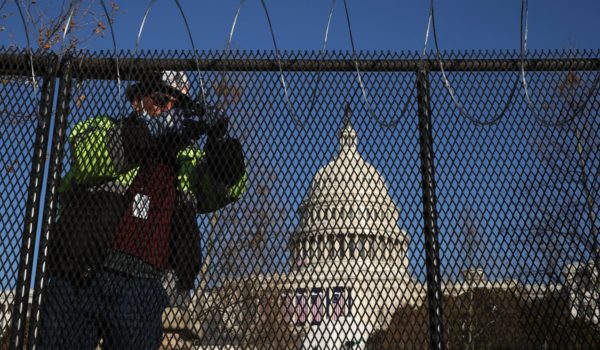