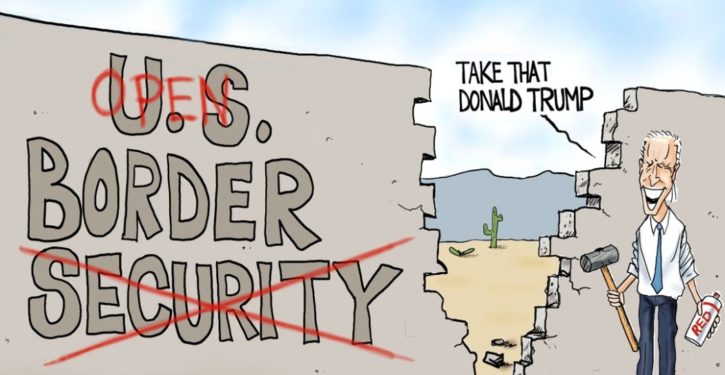 [Ed. – Leaving no stone unturned in his quest to make his presidency Barack Obama’s third term.]

U.S. President Joe Biden’s administration announced Tuesday it was restoring relations with the Palestinians and renewing aid to Palestinian refugees, a reversal of the Trump administration’s cutoff and a key element of its new support for a two-state solution to the decades-old conflict between Israelis and Palestinians.

Acting U.S. Ambassador Richard Mills made the announcement of Biden’s approach to a high-level virtual Security Council meeting, saying the new U.S. administration believes this “remains the best way to ensure Israel’s future as a democratic and Jewish state while upholding the Palestinians’ legitimate aspirations for a state of their own and to live with dignity and security.”

President Donald Trump’s administration provided unprecedented support to Israel, recognizing Jerusalem as Israel’s capital, moving the U.S. Embassy from Tel Aviv, slashing financial assistance for the Palestinians and reversing course on the illegitimacy of Israeli settlements on land claimed by the Palestinians.

Ghislaine Maxwell tries to get charges dropped by claiming jury is too white
Next Post
U.S. ‘satisfaction’ was higher under Trump than Obama, Bush, best in 16 years