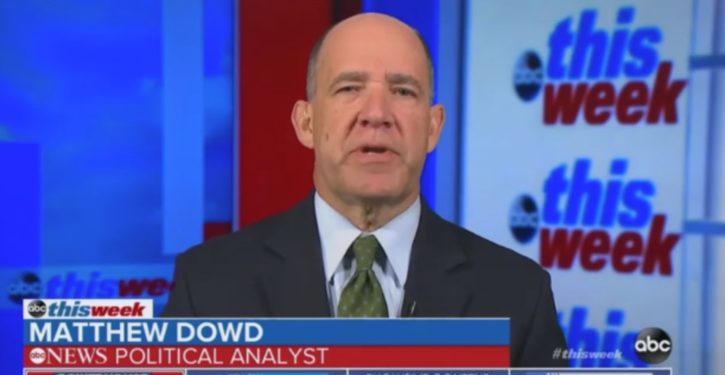 [Ed. – In other words, as Paul Bedard puts it, let’s have a Nuremberg trial.  Even at the most prejudicial reckoning, no such measure is called for.  However you feel about the Nuremberg trials, their predicate was a world war and a Holocaust.  Nor is anything like the apartheid policy of South Africa at issue (or, to take a more recent example, the years of torture and terror in Iraq under Saddam Hussein).  We’re not dealing with prudence or even sanity here.]

You would think they would be happy to move on, but this week’s Liberal Media Scream features an ABC News analyst calling for the second impeachment trial in the Senate of former President Donald Trump to be more of a truth and accountability commission process.

“To me, the impeachment — we have to separate the parts of the impeachment vote. I mean, other countries have gone through this before, Germany, Japan, South Africa, and the thing before you get to reconciliation and healing, you have to have some element of truth and accountability in this,” said Matthew Dowd.

What happened in those countries? South Africa set up the Truth and Reconciliation Commission after the end of apartheid, Japan had the Tokyo War Crimes Tribunal after World War II, and Germany had the Nuremberg trials.