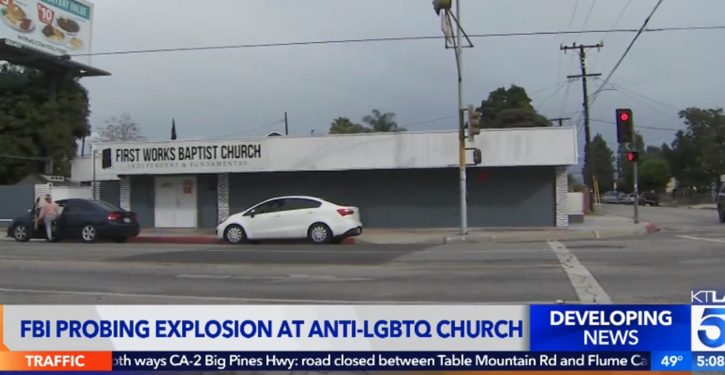 [Ed. – This event is being reported in ALL SoCal headlines as an explosion or bombing at an “anti-LGBTQ” church – as if that loaded mischaracterization makes a difference.  The pastor’s name is Mejia, BTW, and in El Monte, it’s likely that most of his congregation is Latino.]

Authorities are investigating an early Saturday explosion at an El Monte church whose stance against same-sex relationships has raised tensions in the community in recent weeks.

The FBI, which is probing the incident at First Works Baptist Church along with local law enforcement, called it a bomb “attack” and asked the public’s help for tips that could lead to those responsible. A bomb had been thrown at the building, the agency told the San Gabriel Valley Tribune.

Bureau spokeswoman Laura Eimiller said it’s too early to call it a hate crime, but “that’s always going to be considered as a theory when a house of worship is attacked,” according to the Associated Press.

DOJ IG probes whether Trump officials tried to ‘alter the outcome’ of 2020 election
Next Post
Huh: Biden bagel stop was at shop owned by his newly named COVID adviser 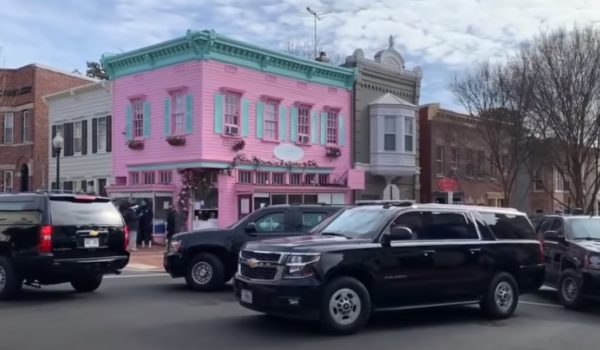