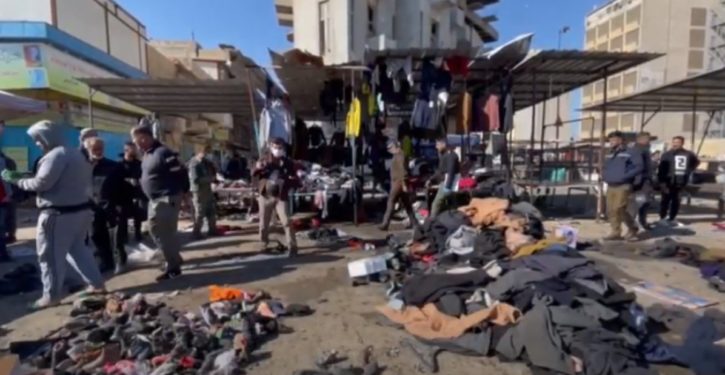 [Ed. – This one consisted of dual suicide bombings that have left 28 dead so far.  The area is about 4 km from the U.S. embassy compound.  Biden is said to be considering sending troops back to Iraq – a rote, reflexive response if ever there were one.  Putting our own troops back in the line of fire while trying to appease Iran is the worst possible posture.]

A twin suicide bombing in Baghdad’s Tayaran square, packed with people shopping, left two dozen dead on Thursday afternoon, in the most deadly attack in more than 18 months, local reports said, recalling past years when suicide bombings like this were routine in Iraq. Islamic State perpetrated many attacks and while it is not known if this was an ISIS attack, it has its hallmarks.

The US has drawn down most of its troops, leaving only several thousand personnel, many of whom have been relocated to the autonomous Kurdistan region which is more sympathetic to the US.

The bombing provides US President Joe Biden with an early opportunity to show US support for Iraq. Biden has said that the US is “back” and the world can expect the US to care again about foreign policy and work multilaterally to solve problems.

Fauci refutes CNN report, sourced from Biden team, that Trump had no vaccine distro plan
Next Post
Troops in Capitol complex moved from floors inside to parking garage for rest periods 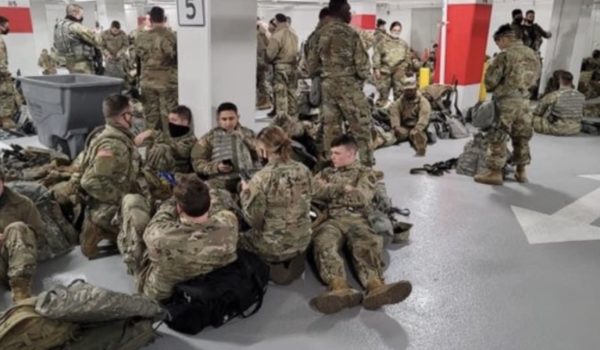