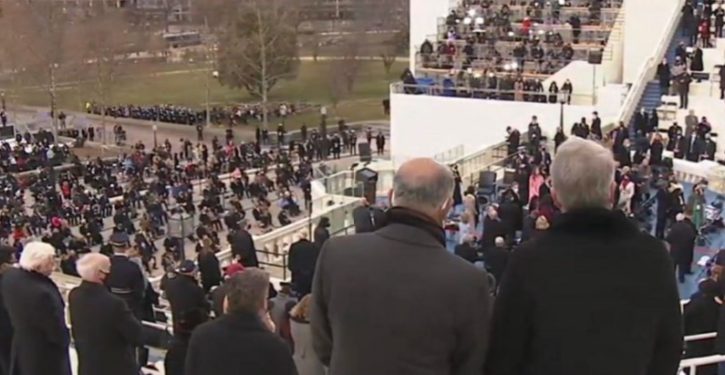 [Ed. – Isn’t that at least a tad hypocritical, not to mention ridiculous? Some in Congress are trying to outlaw body armor.]

Numerous Democratic Representatives and Senators were present at Biden’s inauguration, but it is unclear who specifically chose to wear the additional protection. Biden’s inauguration comes exactly two weeks after pro-Trump rioters stormed the U.S. Capitol.

Roughly 25,000 National Guard troops have been stationed in Washington ahead of the inauguration, and the downtown area has been extensively closed off with fencing.

President Donald Trump departed the White House for the final time as president Wednesday morning. Democrats and Republicans in the House voted to impeach Trump on one charge of “incitement of insurrection” last week for his role in encouraging the mob.

Pelosi’s latest: Trump could be charged as accessory to murder
Next Post
Oregon likely to restrict access to COVID vaccine based on race