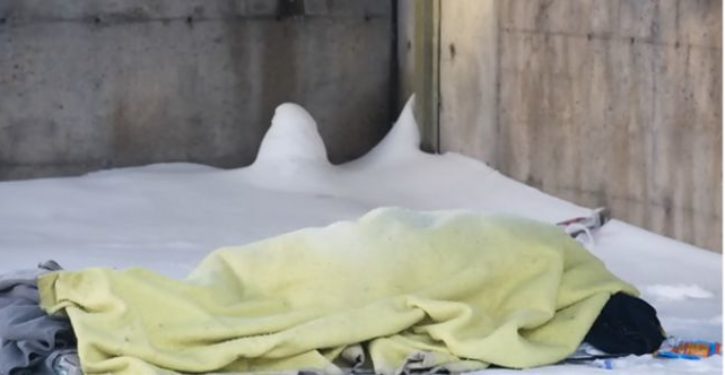 [Ed. – Sounds like Montreal is doing as effective a job dealing with its homeless problem as Los Angeles and San Francisco are with their own.]

A man froze to death overnight on Saturday just steps from the downtown Montreal shelter where he’d been keeping warm.

Now that shelter’s staff is speaking out against Quebec’s current regime of public health rules, which had forced them to kick the man out at night even when there were beds available. Montreal authorities say they had been trying to reopen the shelter at night, even if that didn’t happen in time.

The man was Innu, said the director of the Native Women’s Shelter of Montreal, Nakuset. She first said on Twitter on Monday that he was Inuk.

The Quebec coroner’s office, which is investigating the death, identified him as 51-year-old Raphael Andre.

Staff at the Open Door shelter, where Andre was a regular, said he had a meal and a shower at the Parc Ave. shelter on Saturday night, but he died later that night.

NY Gov. Cuomo asks to buy COVID vaccine directly from Pfizer amid dose shortages
Next Post
‘I will always fight for you’: Donald Trump leaves D.C. for last time as president